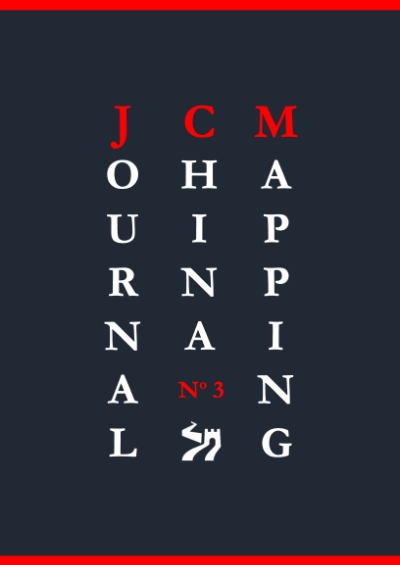 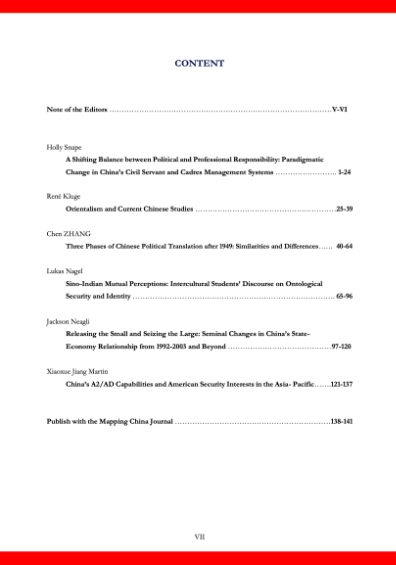 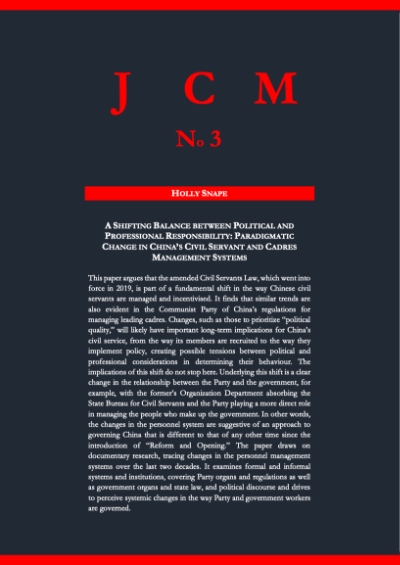 This paper argues that the amended Civil Servants Law, which went into force in 2019, is part of a fundamental shift in the way Chinese civil servants are managed and incentivised. It finds that similar trends are also evident in the Communist Party of China’s regulations for managing leading cadres. Changes, such as those to prioritize “political quality,” will likely have important long-term implications for China’s civil service, from the way its members are recruited to the way they implement policy, creating possible tensions between political and professional considerations in determining their behaviour. The implications of this shift do not stop here. Underlying this shift is a clear change in the relationship between the Party and the government, for example, with the former’s Organization Department absorbing the State Bureau for Civil Servants and the Party playing a more direct role in managing the people who make up the government. In other words, the changes in the personnel system are suggestive of an approach to governing China that is different to that of any other time since the introduction of “Reform and Opening.” The paper draws on documentary research, tracing changes in the personnel management systems over the last two decades. It examines formal and informal systems and institutions, covering Party organs and regulations as well as government organs and state law, and political discourse and drives to perceive systemic changes in the way Party and government workers are governed.

Does Edward Said’s (1978) criticism of what he called “Orientalism” apply to the field of modern Chinese Studies?

The author argues that the relationship between China and the so-called “West” is not one of post-colonial dominance. One remarkable manifestation is the fact that Chinese intellectuals since the mid80s established an elaborate field of the study of foreign Chinese studies and in doing so reversed the “Western Gaze”. In newer developments Chinese institutions are starting not only to observe but influence foreign Chinese studies, which forces us to review the concept of “Orientalism” in the Chinese context. By discussing these trends, the paper wants to invite a debate on the paradigms of current Chinese studies and whether or not they must change in light of the so-called rise of China.

This paper explores changes in the translation of political discourse after P.R. China was established in 1949. It also explores the possible factors that had the most impact on these changes. To that end, official political discourse after the establishment of China is divided into 3 phases in terms of political leadership: under Mao Zedong (1949-1976), under Deng Xiaoping (1978-1990) and under Jiang Zemin (1989-2002).

A critical review of the history of the discursive formation of SinoIndian relations suggests that the largely negative mutual perceptions of the Chinese and Indian public and media are opposed by the optimistic discourse of the two nations’ political and economic elites. This is accompanied by a juxtaposed, binary discourse of the bilateral relationship between members of the liberal and realist camps in academia. While the former largely emphasises mutual economic cooperation, the latter argues that future tensions are inexorable due to the difficult past and territorial issues. A critical discourse analysis is applied to numerous academic, political, and journalistic sources, as well as 20 semi-structured interviews with Indian and Chinese exchange students in both countries, to understand the degree to which they conform with the dominant discursive speech formation. The results confirm a strong difference between state and academic/public perceptions. In contrast, the interviews with exchange students appear to mix characteristics of both, leaning towards cooperation. They indicate a stronger ontological security fixation on the Indian side with regard to China than vice versa and a strong power imbalance in favour of China. Although the students made frequent use of mutual stereotyping, they were generally optimistic and critical of the prevalent negative discourse and mutual lack of knowledge and trust. The students tended to emphasize efforts to improve mutual ties through economic and cultural cooperation, exchanges, and the solution of the border issue.

#5 Jackson Neagli - Releasing the Small and Seizing the Large: Seminal Changes in China’s State-Economy Relationship from 1992-2003 and Beyond

This article assesses the evolution of the relationship between the Chinese Party-State and Chinese State-Owned Enterprises as a result of political and economic reforms between 1992 and 2003. Based on the premise that economy is a fundamental component of society, and that economic enterprises constitute social organizations, this investigation merges the heuristic framework of “state and society” scholars with the subject matter of economic historians and political economists, synthesizing a qualitative longitudinal analysis of Chinese state-economy relations. More specifically, this article focuses on shifts in the relationship between the Chinese Party-State and three national oil companies (NOCs) China National Petroleum Company (CNPC), Sinopec, and China National Offshore Oil Company (CNOOC).

Applying Margaret Pearson’s (1999) heuristic framework of state-society relations to the evolving relationship between the Chinese Party-State and the NOCs, this investigation reaches two core conclusions. First, following Deng Xiaoping’s 1992 southern tour and subsequent reforms, the State-NOC relationship shifted towards relative clientelism, with noteworthy pluralist characteristics. Second, following the 2003 establishment of the State-Owned Assets Supervision and Administration Commission (SASAC), there was a bifurcation of the relationship between the Chinese Party-State and economic society, whereby SASAC enterprises like the NOCs experienced a corporatist turn, and the rest of economic society continued to enjoy a clientelist-pluralist relationship with the Party-State. Notably, however, this post-2003 “bifurcation” of Chinese state-economy relations remains imperfect, as evidenced by the “creep” of corporatism into the nominally “private” economy through the expansion of hybrid firms.

This paper examines the challenges posed by China’s increasing anti-access, area denial (A2/AD) capabilities in the Asia-Pacific, which are aimed at limiting the access and operational capabilities of rival militaries in the region. It discusses how and why China is building up its military, and shows that, following the logic of the security dilemma, this development has negative implications for the security balance in the Asia-Pacific. Subsequently, it investigates the consequences for American security interests in particular, such as the defence of Taiwan and freedom of navigation in the Asia-Pacific. It debates the strengths and weaknesses of the two dominant counters being considered by the American military: AirSea Battle (ASB) and or a blockade through the concept of Offshore Control. Lastly, this paper demonstrates that China’s increasing A2/AD capabilities have had a ripple effect on the rest of the Asia-Pacific, driving up military expenditures and leading to closer cooperation between American allies as the security dilemma would predict.

click here for more info about the Mapping China Journal