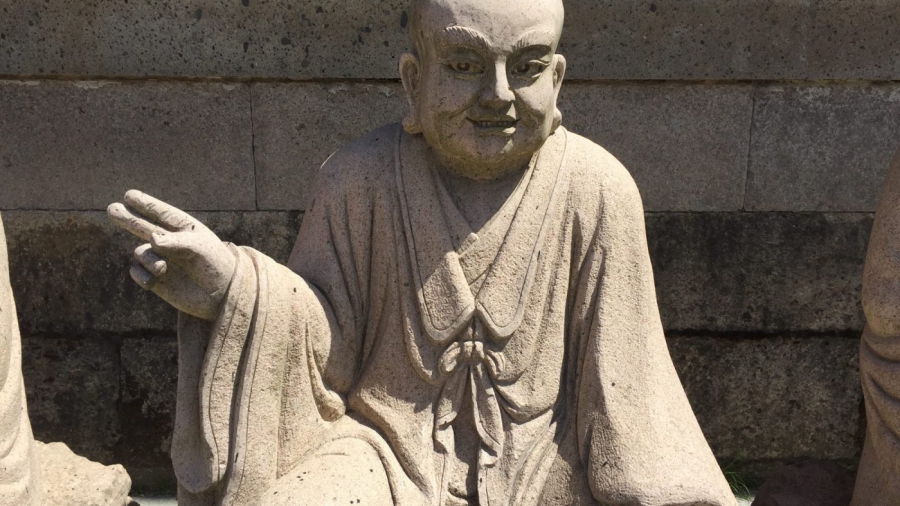 The first pick of our newly started Study Group was Daniel A. Bell’s “The China Model”. The Reading Group aka the China nerd book club, aims to read a book on or out of China – both fiction and academic – every six weeks. We already failed on this deadline for our first round, but things can only get better, can’t they? If you have reading suggestions, please send a mail to Julia to name your choice! We discuss the books we’ve read over Discord three weeks after picking them. That talk is open to anyone who wants to join – again, write to Julia to be added to the group.

“The China Model” was probably not the best book we’ll read this year, but the topic is at least highly controversial: What advantages does the China Model – which for Bell means democracy at the bottom, experimentation in the middle and meritocracy at the top – have over the democratic version of choosing political leaders?

Anyone at home in the political sciences has probably heard of political meritocracy at least once in their introduction to political thought, where meritocracy was most likely reduced to the idea of very smart men aiming to find a way to stay in power for as long as possible. What lies at the heart of meritocracy, i.e. the question of how to choose “capable” leaders, especially in times in which social mobility is finally starting to erode in its understanding of being something natural you only have to work hard for and implications of gender, race and class are being taken into stronger account – is barely tackled by Bell. Instead, he first gives an overview of the limits of democracy, criticizing amongst others that lobbying groups and the voting population can assert great, and to some extent, unfair amounts of influence on policymaking, while the interests of those not yet eligible to vote (due to age or citizenship) aren’t as well represented within the political marketplace. This leads us straight to one of the biggest analytical problems we discussed with regards to Bell. He is using a minimal definition of democracy – one person, one vote – to compare the political system of one country only – the US – to a highly ideal type of meritocracy as it could be in China. Now it didn’t take Trump for most to guess that there had to be a serious flaw in a political system that does not consider clear water an essential human right. In fact, most of the critique Bell employs against democracy cannot be easily conferred to other democratic states. But the idea obviously is interesting; in times in which populism threatens democratic values from within, one starts to wonder what we would have to do to get rid of the demagogues populating political discourse in a number of European states, too.

Is meritocracy the answer? According to Bell, yes, but only in parts and only if we stupid democrats (as in people that consider themselves democratic, not the US political party) could finally get a hold of ourselves and get over this whole ‘one person, one vote’ thing. The democratic voting system is in Bell’s view an obviously idealistic construct which has been proven wrong by voters choosing “incapable” leaders (and from the voting community itself –  if you believe that being born in any given country on this world is just sheer dump luck instead of a reason of pride, Bell’s claim is rather hard to discount given recent election results in most established democracies). While he admits that the political system in China and the US system share some negatives – the existence of political factions, increasing class and social divides, not enough women in politics – Bell is convinced that the Confucian tradition of China goes hand in hand with meritocracy.  He does not consider his argument to be invalid even if China is also facing some other problems not seen in most (Western) democracies (as in corruption and we probably shouldn’t be looking to closely at what the CCP does in Xinjiang). Now, most of us at Mapping China are not historians but most of us also share a healthy suspicion against any white authors going on and on about thousands of years of Chinese history coupled to the claim that we need to understand Chinese history to understand modern China. Nonetheless, history and Confucian tradition is where Bell derives most of his reasoning for a meritocratic rather than a democratic rule in China ). The reading group unfortunately failed to decide whether Chinese meritocratic history has intrinsic value for China today (as said before, we are not historians), but Bell appears to be nit-picking Chinese history for his arguments. We’d like to hear more thoughts on this though!

All in all, we enjoyed discussing Bell’s book, especially because it doesn’t give easy answers to the original question Bell poses at the beginning: if there is no democracy in China, how will its political system look like? Bell himself doesn’t help because he ends his argument before going into depth on how China can make sure to employ structures that will really choose the virtuous leaders he is envisioning. The other question that Bell discussed both implicitly and explicitly – whether or not democracy can learn from meritocracy – is also not easy to answer. On the one hand this is because Bell completely disregards any features of democracy apart from elections. On the other hand, he does not talk much about how political discontent among citizens could reach the top leadership or how the interplay of democratic features at the bottom without involvement at the top could play out. Last but not least, Bell is obviously much concerned with a highly state-centrist way of working that is big on rightful authority and less interested in perspectives of citizens. This has earned him some harsh criticism of being a mouthpiece of the CCP and of mitigating the history of political violence in China. That he received the Huilin prize in 2018 – awarded for promoting Chinese culture abroad – is definitely not surprising. Yet, with a little more realism regarding a broader definition of democracy, a little more fairness in terms of the comparison between an ideal type and real conditions and a little more detail on China’s meritocratic system as it is and as it realistically can be, we would have all benefitted more from reading Bell than we did. Some of his criticisms of democracy hit home though, especially referring to uninformed voters. Ignoring the classist sentiment, the question does remain how we as a voting population can organize ourself to increase the flow of information to everyone and make choices that not only benefit us, but also the non-voting population, such as future generations and people with no voting rights, or in other words: How can we become responsible enough to not need a meritocratic leader to make decisions for us?