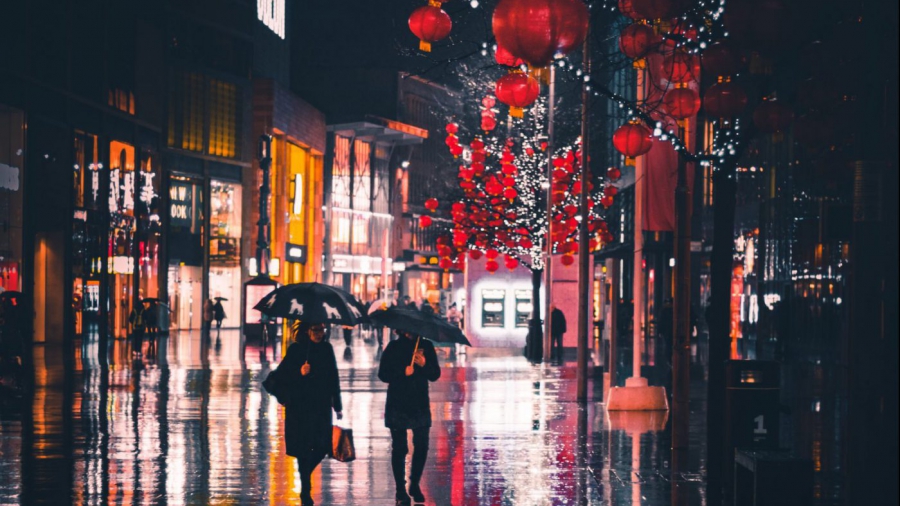 In this book, Dr. Leta Hong Fincher (Leftover Women) documents the conflict between the Chinese government’s unprecedented crackdown on young feminist activists and the emergence of a broader feminist awakening that is beginning to transform women in cities across China.

Betraying Big Brother can be seen as the next instalment in her work on women’s issues in China. In her previous book, Leftover Women, she focused on urban, middle-class women who are pressured into marrying by both the State and their families. Through their stories and by analysing Chinese law and practice, Fincher argues that there is a resurgence of gender inequality happening in China.

This reviewer is no expert on women’s or gender issues. However, Fincher’s book is eye-opening in how it explains case by case, example by example, how the odds are stacked against women in Chinese society at every turn. To discount this is to be maliciously ignorant. In that regard, Fincher’s books are the perfect introduction to broader issues of women’s issues while simultaneously giving specialised insights in Chinese legislation and policies.

Fincher starts with the stories of the Feminist Five, five Chinese feminist activists who were arrested in March 2015 for planning to commemorate International Women’s Day in multiple Chinese cities by handing out stickers drawing attention to sexual harassment on public transportation. The first chapter recounts this arrest and instantly points out the undeniable irony of Xi Jinping co-hosting an UN summit on women’s rights around the same time. Immediately – and she does this excellently throughout the entire book – Fincher interweaves these feminist activists not only with a larger movement, but also with Party-legitimacy. She argues there exist patriarchal underpinnings to Xi’s authoritarianism – he views patriarchal authoritarianism as critical for the survival of the Communist Party.

In the following chapters, Fincher builds her case as she writes how the arrest of the Feminist Five galvanised a larger movement. Through the power of the internet, the feminist cause reached and inspired countless women not only across China but also the world. Fincher shows she’s an excellent recounter of facts and builder of timelines. Often, it is easy to get lost in a grander narrative, yet Fincher succeeds in guiding the reader by providing personal and tangible stories of oppression and discrimination, featuring countless Chinese women who have to put up with an inherently hostile society every day. These personal stories function as anchor points throughout the book.

Fincher connects feminism to other movements such as worker’s rights and human right’s lawyers. In the 6th chapter, she also argues for the case that “there can be no economic justice without gender justice.” Anyone familiar with Party legitimacy issues will realise that economic justice, basic human rights, and feminism make an explosive threat to the Party’s continued existence. As Fincher maintains, feminism has the ability to connect the grievances of other marginalised groups together. It challenges the Party’s capacity to control its population through its favourite tactic of “divide and conquer”. In this sense, it is an explicit threat to population control as a measure to stay in power.

When checking China Labour Bulletin’s database of protests in China, one could think that Communist China is at the brink of collapse. However, many of these protests are very local. It is claimed that few people outside of the immediate geographical vicinity in fact care about these protests. The Cultural Revolution (1966-1976) has arguably destroyed most of China’s social cohesion. It robbed more than a few future generations not only of sentimental value, but also of any sense of belonging to larger community beyond the family, and perhaps the village or town. Moreover, decades of economic growth at all cost and a culture of getting ahead at each other’s expense have ripped many people of their moral compass (this is a recurring theme in Yan Lianke’s work, which was recently featured in a fantastic contribution in The New Yorker.

The beautiful (or threatening) aspect of feminism is that it almost automatically transcends the local. A recurring feeling among the personal stories is the desperation and isolation. The discovery of feminism is often described as finally finding a connection to something larger: “the feminist movement is about every day concerns and building a community…”. Aided by social media, women are able to reach out to each other across provinces. A woman in the cold barren city of Harbin can feel incredibly connected with a sister in the hot swampy city of Guangzhou. Add the signiﬁcant participation of women in worker’s protest and one understands how feminism is perceived as a threat to the Party.

Fincher’s argument is significantly convincing and rigorous and a valuable contribution not only to feminist scholarship but also for scholarship on China in general. Territorial integrity and China’s economy might be more obvious aspects of legitimacy-considerations, but misogyny and women oppression are just as important. When researching legitimacy-building by the CPC, these more subtle and abstract considerations are often neglected.
However, following David Easton’s approach to regime legitimacy, legitimacy can be seen as a multi-dimensional and dynamic collection of various sources that consist of various zones, which are then expressed in tangible policies. Together, they contribute to the net sum of regime legitimacy. The zones should be seen as inter-dependent and dynamic – one compensating for the other as it weakens, one zone morphing into another, etc… Misogynist policies and propaganda are in and of themselves tangible contributors to the larger zone of patriarchal authoritarianism, which is then part of more abstract “population control”.

Fincher rightly points out the many current structural issues in China. Aside from the economic downturn, which has been an important contributor, legal and political (liberal) reforms have long ago come to a stalemate. These zones were especially important in the first decade of the 21st century. The party has intensified its patriarchal and misogynist tendencies to compensate for this weakening.

By putting personal stories of women in a larger context of history, misogynist policies and laws, as well as state oppression, Fincher makes Chinese patriarchal authoritarianism tangible. Her argument that it also contributes to party legitimacy is robust and worthy of further academic research. Fincher succeeds in making her work easily accessible. This is incredibly important as issues like this do not deserve to be confined to dense academic work. It deserves to be read and talked about – not only to understand better the plight of women in China and across the world, but also to better understand legitimacy-building in an undemocratic China. In this regard, Fincher’s work is extremely valuable.